A while ago I was asked by one very well known company to investigate how could they foster talent recruitment, in other words, attract more talents. The company is very well known world wide, has presence in Silicon Valley.

I did some research inside and outside; combined outcome with my own experience (of course). I presented it, we discussed it, but I came back home with feeling I am not satisfied with my suggestions. It was that feeling when you look at something and you understand it is wrong, but you cannot tell what exactly. Recently I was able to do 2+2, well, actually 2+2+2.

One of the first things I did, I have asked Agile community of their thoughts about The Company. They told that company was sexy, but now it is just yet-another-company. Well, it is still seen among most wanted, but it looks like “wanted” of these companies are not very impressive. Guys were aware of some senior (leader) people leaving The Company due to recent changes (very reasonable changes, actually).

Before doing the math let’s investigate “talent recruitment” activity as such. In my world it implies two things:

At this point I would like not question first assumption, but I would rather focus on hires that would fit to particular team or bring required skills to solve The Problem – focus on very particular and precise problem(s).

Now, the second hypothesis. It is not a secret any more that these days talent is choosing employer. Of course, afterwards, hiring review (and sales) process starts and company evaluates the fit. In case sales process would be detached from reality, candidate would leave The Company shortly. Smart people smell crap quickly. Let me suggest another example of supply meeting the demand. Toyota produces Lexus and Toyota cars for different audiences. You could sell pimped Toyota to Lexus buyer, but month after he or she would realize that is not what he really wants and would sell it.

One thing I have not mentioned yet on purpose until now: the change in The Company has impacted (huge decrease of) autonomy. Remember the holy trinity of Mastery, Autonomy and Purpose? While autonomy The Company employees left with is way greater than most companies in the world, still, it is not perceived as wow anymore by the market. And, probably, market has not heard about any new wow proposition. Probably, there is none.

So here is the thing, here is the math. I am not sure that “how to attract more talents” is the right goal. Asking this leads to wrong actions. Instead, the task should be “how to become a Lexus”, so that Lexus buyers would make decision to consider The Option. In real world The Company is among best companies, but apparently, world class talents  are chasing for a bit higher hallmark. The question should be “how to become sexy again”. Exercise of talent attraction may be the right tasks, but only after preconditions are met. Until then, attraction will result into something, but not something tremendous.

Once holy trinity is similar (e.g. Facebook, Google, Uber), the fight will transfer into compensation or “sales” and strategy level.

Again, all the math above is based on the assumption, that The Company needs talents. Maybe talents are not needed to solve their challenges and problems. 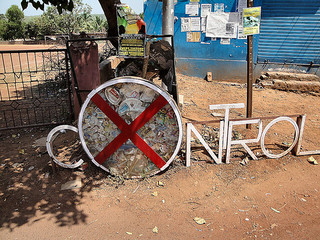 Actually control in Agile is good and necessary. It is. Yes, it is. I said – it is. Trust me. Don’t you? Good, then let me share my thoughts about when and what control is good.

First of all, I have noticed that very often members of Agile Teams are trying to defeat control, because control is Evil. Because Agile Team is Self-Organized and therefore they should decide almost everything. Wrong!